To be an academically rigorous school preparing students for the world.

Nasha Shkola aspires to be a multi-cultural charter school committed to exceptional education in all areas of academic inquiry with an emphasis on Russian Language and Culture, providing structured and responsive learning environment based upon educational best practices for all students and their families.

To be an academically rigorous school preparing students for continued success as motivated learners and global citizens.

Nasha Shkola (Наша Школа) is Russian for Our School. The school is a product of four years of dedicated work by the Slavic Community Center. One of the goals of the school is to address the needs of the Twin Cities Russian-speaking community and support bilingual children entering the public school system.  To ensure academic excellence students are immersed in English as both language of instruction and language of curriculum content. Russian Language and Culture classes enrich the academic program and facilitate the acquisition of literacy in Russian and affirm students’ culture. Russian-speaking staff teach Russian Language, Music, Math and provide bilingual support services. Our program allows us to serve students who speak Russian at home and integrate them with English speaking children who desire to learn Russian. We are the only school in Minnesota to teach Russian language and culture to elementary-aged students.

98% of our students speak Russian at home or have a least one Russian speaking parent. Our students mainly come from Russian or Slavic American families that trace their heritage to Russia, Ukraine, Belarus, Armenia, Moldova, Estonia, Latvia, Bulgaria, Georgia, Tadzhikistan, Azerbaijan, the United States, and more.

The school opened its doors in September of 2012 in Minnetonka, MN with over 80 students in grades K-5.

At the start of the  2013-2014 school year, the Russian Studies Curriculum was developed and implemented. The school underwent the strategic planning process under the direction of school authorizer, IQS. Working together, the group of staff, board directors and parents altered the mission and vision in order to establish our plans for the future.

In the summer of 2014, the school received Charter School Program Grant, planning and implementation grant, from the MN Department of Education. This grant allowed us to purchase much-needed curriculum, technology, and furniture to enhance teaching and learning, as well as increase student engagement.

In 2015-2016, the school began implementing the Formative Assessment model to improve student learning and achievement.

In 2016-2017, the school has initiated the important process of curriculum and standards alignment.

In 2016, Nasha Shkola has received recognition award for its Fiscal Management from the Minnesota Department of Education

In 2017, Nasha Shkola has received recognition award for its Fiscal Management from the Minnesota Department of Education

In the summer of 2017, Nasha Shkola has relocated to Brooklyn Park, MN.

In the fall of 2017, Nasha Shkola was honored to be identified by the Star Tribune as one of the 30 of 75 schools across Minnesota that were “beating the odds” by closing the gap in math performance on MCAs.

In December of 2017, the Nasha Shkola was honored to be identified as “High Quality Charter School” one of 40 of Minnesota’s finest charter schools. This award was based on a Comprehensive Performance Framework that incorporates multiple measures of schools academic, operational and financial performance. 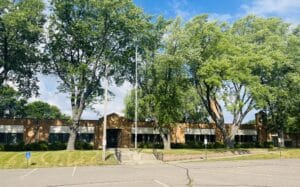 Nasha Shkola — Russian for Our School — is an academically rigorous K-8 charter school, providing a highly-structured learning environment for students interested in Russian language and culture.